Controversies have already begun to hound IPL ahead of its start in April.

Ultimately, the one and half months of enthralling cricket in the ICC Cricket World Cup 2015 came to an end, when Australia eventually won the World Cup for the fifth time. Though the World Cup hum has ended, it didn’t take time for the new bustle to hit the town. The Indian team came back home without the gold that disappointed thousands of Indian fans. With World Cup now history, it is time for flavour of the season to commence. The Indian Premier League (IPL) is to start from April 8, which promises absolute thrills and spills.

Just before the start out of the IPL, defending champions Kolkata Knight Riders (KKR) and the Board of Control for Cricket in India (BCCI) are on the loggerheads over West Indian spin magician Sunil Narine’s participation. Last year in September during the Champions League Twenty 20, Narine was banned for his suspect action. Later, he worked hard and got his modified action cleared by an International Cricket Council (ICC) approved biomechanical assessment centre in Loughborough, UK.

It is said that in the spinner’s case, the ICC did not arrange the test as he was not called during an international fixture. He was called during the Champions League Twenty20, a tourney that is run by the BCCI. Hence, the BCCI has refused to accept the report submitted by the ICC and has insisted the West Indian undergoes another round of testing at the Sri Ramachandra University in Chennai, according to a report from Mumbai Mirror.

However, the defending champions are mulling over legal action against the board. It is also believed that Shah Rukh Khan’s franchise is even talking of withdrawal from the cash-rich IPL if Narine is not allowed to play in the tournament. The team is pointing out that since the bowler was cleared by the ICC, there is no need for a second test and the management is firm that it will not force Narine to undergo another test. The KKR officials have also written to newly elected BCCI President Jagmohan Dalmiya, seeking his involvement in this context.

The officials have told Dalmiya that Narine, one of stand-out performers for KKR since his arrival, was not called for chucking in the IPL but his action out of the blues was found illegitimate in two consecutive games in the Champions League last year. After the meeting, Dalmiya’s office has confirmed that the matter has reached the BCCI president’s table and that a decision could be taken in a couple of days. KKR chief executive officer (CEO) Venky Mysore rejected to authenticate or deny that his team is speaking to Dalmiya about Narine’s legal action.

To add to the hotchpotch, KKR suffered fresh blows in form of Australian Chris Lynn and New Zealand’s Jimmy Neesham. But, the team management have roped in experienced pros such as Azhar Mahmood and Johan Botha as their replacement. Neesham will miss the cash-laden tournament due to a stress fracture in his back while Lynn is in uncertainty for the whole event after he sustained a hamstring injury.

Mysore tweeted about this development on his twitter handle saying:

Really sorry will b missing @lynny50 & @JimmyNeesh due 2 injuries. Get well soon boys. Hope 2 c u back in action soon. @KKRiders 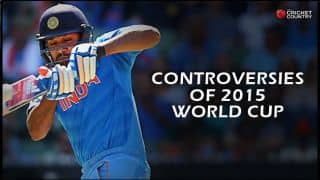