Sri Lanka and West Indies will also face of in couple of Twenty20 Internationals (T20Is) and the trio has been recalled into the side for the same.

Caribbean cricketers are known big hitters in world cricket and the troika of Kieron Pollard, Dwayne Bravo and Darren Sammy are arguably the most explosive bunch which West Indies possess. West Indies cricket team is at present locking horns with Sri Lanka in the second One-Day International (ODI) at Colombo. After losing the Test series, West Indies still have a chance to win the ODI series as they are one down in the three-match series so far.

Sri Lanka and West Indies will also face of in couple of Twenty20 Internationals (T20Is) and the trio has been recalled into the side for the same. With the likes of Bravo, Sammy and Pollard into the side West Indies now have a greater chance to win the T20 series. Each of them is well capable of turning the match on its head within a matter of few moments and their participation will excite a lot of cricket fans. Their presence will bring a lot of stability and will inject a lot of confidence into the low on confidence Caribbean side.

Sammy, Pollard and Bravo have arrived to the Lankan islands and will now start putting in the hard yards. An ecstatic Sammy took it to his Instagram handle where he uploaded a picture of the three and wrote, “Oooops these 3@djbravo47 #kp55 #touchdown the whole place #shelldown #SriLanka”

West Indies now seem to have all their bases covered in the T20 series and the encounter will surely be a breathtaking one. The Kandy encounter will be an exciting one as the first T20 kicks start there on Monday. 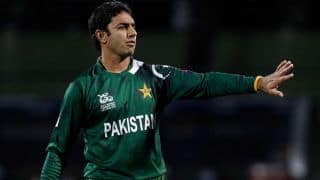