So far, Hardik has played 16 First-Class matches, scored 727 runs at 27.96 and picked 22 wickets, including one five-wicket haul as well.

India’s legendary all-rounder Kapil Dev has suggested Board of Control for Cricket in India (BCCI) to send Hardik Pandya to England for playing county cricket in order to develop his all round game. Hardik recently made headlines by making into India’s Test side for the first two-matches of the series against England. However, he did not get to play in any of the match and is not sure about whether selectors will keep him in the squad for rest of the series or not. But since the next Test is going to be played at Mohali, which is known for creating seam friendly pitches, selectors or captain Virat Kohli may want him in the side. Full Cricket Scorecard: India vs England 2nd Test at Visakhapatnam

His selection was a huge surprise for every cricket fan and some criticized this decision too. Meanwhile, Kapil recently expressed his views on Hardik while speaking to Sportstar, He needs to bowl a lot more in First-Class cricket, not just four overs. Hardik must not confine himself to just one-day and Twenty20 cricket. I think the BCCI must send him to England to play county cricket for a season. So far, Hardik has played 16 First-Class matches, scored 727 runs at 27.96 and picked 22 wickets, including one five-wicket haul as well.

Further, Kapil also spoke about Stuart Binny, who was expected to play the part of fast bowling all-rounder for India but was not picked. I was a bowling all-rounder and someone like Jacques Kallis was a batting all-rounder. You need to be sure in your mind what you want to become and work extra hard in that department,” Kapil said.

He also spoke about Ravichandran Ashwin, who is currently India’s best all-rounder in the side and added, I would give him ten out of ten in batting and bowling. The only thing against him is that he is not an athlete on the field.

Talking about Stuart Broad, Kapil seems to be very impressed by the England pacer and praised, It was one of the best spells I have seen in India by a fast bowler in a long time. He bowled some very good cutters, leg-cutters in particular, using his wrist. Bowling here is not about reverse swing alone.

Currently, Kapil is busy in giving insights through his commentary in the ongoing Test series between India and England. 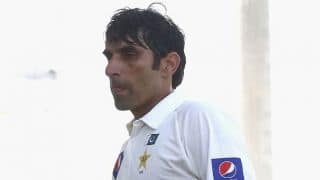