Kevin Pietersen is one of the greatest batsmen, England has ever produced. His style of play is innovative, with fearless stroke-play.

Kevin Pietersen is one of the greatest batsmen, England has ever produced. His style of play is innovative, with fearless stroke-play. Improvisation and manipulating the field are some of his major strengths. He demonstrates a rare ability to play spin and pace on any wicket. He is one of those rare players who have dominated all three formats with their bat. He is not an orthodox batsman but he is very effective in his own style.

The axe came on Pietersen when England was whitewashed by Australia in 2013-14 Ashes. He is now eyeing to make a comeback to the England side by preferring to play England County cricket for Surrey over Indian Premier League (IPL). While practising in the nets, Pietersen revealed some secrets about his exquisite batting and his trademark shot ‘the switch hit’.

Pietersen said, “The simple philosophy of batting is to score as many runs as you can, but I also want to entertain doing it. And that lends to my personality. I don’t look orthodox. I don’t look like a great player. Sometime when I switch on the TV and see highlights of some of the innings I have played goodness, I don’t know how I scored runs!”

He made his Test debut in the 2005 Ashes against England and hopes to don the white jersey for the nation in the upcoming Ashes in July 2015. He possesses enormous potential at the age of 34 and his services will be highly advantageous for the team. 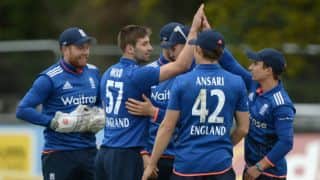 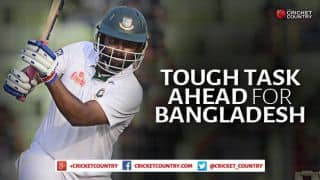 Pakistan in cruise control after setting Bangladesh a huge target