England has "missed a trick"

Australia’s most successful captain Ricky Ponting thinks that England have “missed a trick” by not selecting the axed batsman Kevin Pietersen.

Ponting also expressed his thirst to “learn more” about the internal functioning of the England cricket team was the catalyst for his in-depth questioning of Pietersen last Monday during a Big Bash League commentary stint.

“I saw Kevin Pietersen last week and told him that if I got him in the commentary box, there were a few things I wanted to talk to him about,” Ponting wrote in his column for News Ltd.

“I had been reading his book and there were a few issues there I wanted to explore a little further. He was a bit worried it might start World War III, but he knew I was coming for him so it was no ambush,” he added.

Pietersen asserted that England’s newly appointed One-Day International (ODI) captain Eoin Morgan wanted to have the sacked batsman in the side again in the interview, while the pair talked about the plots of the England changing area and its shifting identities.

“It was English cricket that I needed to take in more about when I had him in the container beside me a few evenings ago,” said Ponting in his column.

“I’d seen the way England’s bowlers treated the fielders and it never sat right with me”.

“KP talked about how in one team meeting the bowlers demanded that there be a rule that if a fielder dropped a catch or misfielded they would have to apologise. How can you have an attitude like that within a team?

“We had run into another senior English player out here who told us that everything KP said was 100 per cent true, which further interested me.”

The Australian was delighted to discover a different side to Pietersen after a decade of international rivalry.

“It’s interesting to chat about egos in the opposition side because I have to say that having Kev and ‘Freddie’ (Andrew Flintoff) around I have found them the most relaxed, easy-going blokes to deal with”, he added. 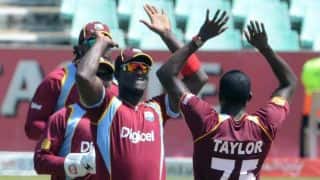 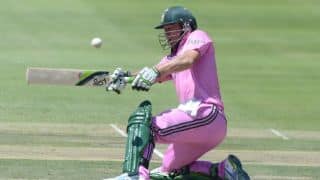