It seems that athleticism runs in the genes of the Rhodes household. Daniella, daughter of former South African cricketer Jonty Rhodes, has recently been awarded as the most outstanding junior player by Ungungundlovu Schools Hockey Association. Apparently, even daddy Rhodes has played hockey for South Africa at the highest level and was about to represent the nation in the Olympics.

Rhodes, widely regarded as the greatest fielder the game has seen, was a multi-talented sportsperson and him having represented two top sports at the international level is a testimony to that. Daniella is Rhodes daughter from his first marriage and the proud father shared this achievement with pride on Instagram.

He wrote: While India enjoys the sights n sounds of Galle, her big sister is already making an impact in hockey circles. 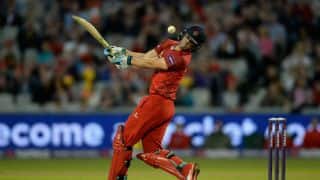