The 13th game of the Caribbean Premier League (CPL) 2016 is scheduled to be played between Guyana Amazon Warriors (GAW) and St Lucia Zouks (SLZ) at Providence. Both the teams have had a contrasting campaign so far, as the Martin Guptill-led GAW have won four out of their five games and are at the top of the table while Darren Sammy-led SLZ have lost one game and won one from their two games and are at the bottom of the table.

The success of GAW has largely come because of the superlative performances by their skipper Guptill, Australian batsman Chris Lynn, Dwayne Doctor Smith, Pakistan s Sohail Tanvir and spinner Veerasammy Permaul. They have played collectively as a unit and it has reflected in their performance. On the other hand, though SLZ are at the bottom, the fact that they have played the least number of games should comfort them. Also with the presence of big players like Sammy, Mike Hussey, Shane Watson and David Miller among exciting local talent, no team should take them lightly.

Expect a run-fest when these two teams take on each other. The match will begin at 19:00 PM local time on July 12 and 4.30 AM IST on July 13 and will be live streamed on Sony LIV. 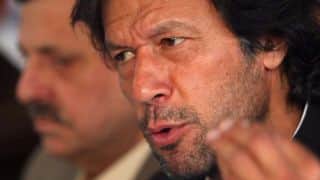