The second tour match between West Indies Cricket Board (WICB) President’s XI and Indians will be played at Warner Park, St Kitts. Unlike the last tour match between both the sides, this will be a three-day match. The last tour game between these two sides ended in a draw with Indians scoring 258 with the loss of six wickets along with KL Rahul, Shikhar Dhawan and Rohit Sharma scoring half-centuries.

On the other hand, WICB scored 281 with the loss of seven wickets. Shai Hope scored a very good century, while Rajendra Chandrika and spinner Jomel Warrican scored half-centuries. Amit Mishra took the most wickets for Indians with four wickets to his name. Like the last tour game, Leon Johnson will once again lead the side with some new inclusions such as John Campbell, Rahkeem Cornwall, Jahmar Hamilton, Montcin Hodge, Chemar Holder, Gudakesh Motie and Kemar Roach.

Both the sides will look to show some good performances with their. The second tour game of the series will start at 1930 IST and will be streamed live on WindiesCricket official website.

Catch the live streaming in the link below: 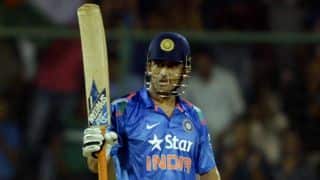 MS Dhoni duped by Spartan Sports for over Rs 20 crore ! 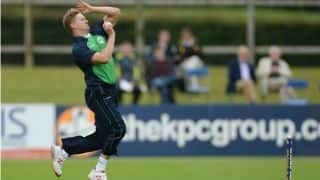