The Delhi batsman has decided to make a move to shift to Haryana, to play for them and says that he is really looking forward to representing Haryana.

Not so long ago he send shivers down the spine of bowlers across the globe but today his world has changed, he is no more a part of Team India’s scheme of things. The Delhi batsman has decided to make a move to shift to Haryana, to play for them and says that he is really looking forward to representing Haryana.

After having represented Delhi for 18 seasons since 1997-98, Sehwag, who took the No Objection Certificate (NOC) from Delhi a couple of days back, will now be seen playing for the Haryana Cricket Association and seemed pretty excited about his move, informed HCA Secretary Anirudh Chaudhry.

“I am really looking forward to playing for Haryana this domestic season. It is an exciting setup with a lot of youngsters in the side,” the butcher of Najafgarh told PTI.

“It will be nice to share the dressing room with a side that is bubbling with youth. I will be looking to share my experiences with them and hopefully shape some of their careers in the process. I also hope to score well for Haryana this domestic season. I would like to thank the DDCA for their support to me over the years and would particularly like to thank Mr. Arun Jaitley, who in his erstwhile role as the President of DDCA guided and supported all the players and particularly me,” Sehwag told PTI. 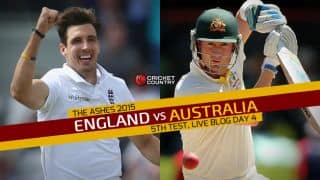