Always expect the unexpected from England-Australia rivalry. An Ashes contest is not just about the skills with bat and ball; it’s incomplete without some wagging tongues. Former Australian cricketer Matthew Hayden launched a verbal attack on England’s pace spear-head James Anderson for disclosing the Australia’s refusal for post-match beer offer after Australia suffered a humungous defeat at Cardiff.

Anderson later revealed that Australia refused to share a post-match drink with England and said that they shared drinks with New Zealand irrespective of the results in the previous series.

Speaking to Triple M’s Merrick And Australia, Hayden said, “It’s no surprise in this particular case that Jimmy Anderson has been the first to poke his head up and dive into the press and start to play that out in the media. Because this was the clown that was invited into our change room and then all of a sudden everything that he saw in that change room appeared in his book.”

The legendary left-hander added, “The old saying that what happens on tour stays on tour is out the window. You’re at the start of a series and you’ve got someone like him in your dressing room or you’re in his room and everything that you say then shall and will be repeated I just don’t think there is any sort of great requirement to go in.”

He said, “The tradition, just for clarity, is usually at the end of the series that’s where it definitely happens,” Hayden said on sharing a tradition of sharing drink post-match. “During an actual tournament it rarely happens, not like the good old days.”

One can expect the intensity of the second Test to be on a high which commences from Thursday at Lord’s. 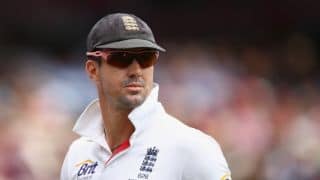