Clarke was cut-off while responding to a question on how he thought of settling the feud with Proteas pacer Dale Steyn.

Publisher of Michael Clarke’s book ‘Captain’s Diary’ cut off the Australian skipper while he was responding to a query on whether he would settle the feud with Dale Steyn.

“I have no idea. I’ve made it very clear my thoughts on what happened after that Test match,” Clarke was quoted as saying by Sydney Morning Herald. However, before Clarke could continue, the publisher cut him off and said, “We might hold it there.”

Clarke and Steyn’s rivalry goes back to the Test series in march this year. While South Africa were trying to hold on to a nervous draw with Steyn batting, Clarke had a word or two for Steyn. It didn’t go down well with the South African.After the match though, Clarke apologised saying he had crossed the line. But Steyn was in no mood to let it go by. “I don’t take many things personally but what he did say to me, I took that personally.”

Even during the press conference of the tri-series in Zimbabwe, Steyn revived the rivalry saying, “Wait until I get to Australia.”

Clarke, during the launch played down the rivalry between teams and said, I think [with] players in general across every country, the relationships are as good as I’ve ever seen them in my career,” he said. “Obviously I said after South Africa that I think both teams have that mutual respect for each other…extremely competitive on the field but I think there’s no doubt there is that mutual respect. And India is no different. I think you’ll see this summer that both teams will fight it out hard on the field because we’re really competitive and we want to win but off the field I think there’s a fantastic relationship.” CLarke added. 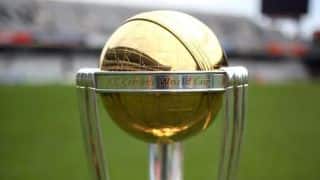 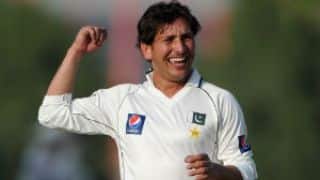 Shane Warne has been my inspiration: Yasir Shah