Kountouris said that the surgery was successful and the 33 year old Australian captain is expected to recover completely.

Australian captain Michael Clarke, who underwent surgery on his right hamstring on Tuesday, is hoping to make a return to international cricket for the 2015 cricket World Cup.

This was confirmed by team s physiotherapist Alex Kountouris on Wednesday.

The actual injury was that he damaged the tendon component of the hamstring, he was quoted as saying by Cricket Australia s website.

He tore his hamstring on the last day of the Adelaide Test last Saturday. Over the years Clarke has battled hamstring and back injuries, and have made strong comebacks.

There s been a trend towards looking at surgery for that sort of injury so we went down that path. We explored that with the surgeon and the radiologist and decided that was the best course of action for short term and long term for Michael, said Kountouris.

Kountouris also said that the surgery was successful and the 33 year old Australian captain is expected to recover completely.

He had the surgery yesterday and, speaking to the surgeon, everything went really well. He found what he was expecting to find, there were no surprises and he has managed to do a good repair and from that today he s very confident that Michael s going to make a good recovery, he said.

If Clarke managed to return, it will be a big boost for the Australian team. Clarke has played 238 One-Day Internationals (ODIs) and has scored 7,762 runs, with a batting average of 44.86. 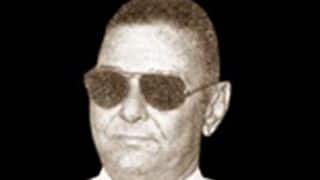