West Indian legend Michael Holding feels that Ireland stands a good chance to make it to the quarter-final.

Impressed with Ireland’s performance against West Indies in the ICC Cricket World Cup 2015, West Indian legend Michael Holding feels that the side stands a good chance to make it to the quarter-final.

Backing the claims for Ireland’s Test status, Holding added, “If they (Ireland) continue to linger around the lower regions of world cricket they’ll continue to lose good cricketers. (Eoin) Morgan left Ireland to play for England because he saw brighter prospects. England are a Test playing nation and are a world-renowned team. Ireland need to be recognised now. They are playing good cricket and it’s about time they get the recognition otherwise they’ll keep losing cricketers.”

Holding, however criticised the West Indian side for their dismal effort and expressed concerns over it. However the 61-year-old said that he had already predicted this to be a high scoring tournament. “I’ve been saying since this World Cup started that 300 on a good pitch here in New Zealand or Australia is just a par score, irrespective of who you’re playing against,” said the Jamaican. 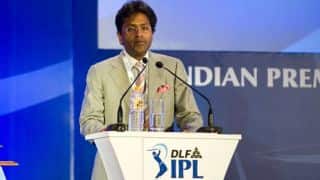