Ahead of the Ashes, Johnson spoke on the issue of sledging. Referring the Indian Test captain, a "nice guy" off the field.

India tour Australia 2014-15 was an emotionally charged up series. Just ahead of the tour, Australian cricketer Phil Hughes lost his life. As the series progressed the intensity grew and so did the verbal duels. Australian speedster Mitchell Johnson and Indian star batsman Virat Kohli were at the centre of several ugly duels. However ahead of the Ashes, Johnson spoke on the issue of sledging. Referring the Indian Test captain, a “nice guy” off the field, Johnson in a report from AFP spoke about England all-rounder Ben Stokes’ volatile temper.

“He was the only guy who really fought from the England team. He also stirred up a few of the West Indians out there recently. We weren’t sure why he wasn’t picked in the World Cup squad. It’s always nice to play against real competitors. Virat Kohli is the same. He’s very competitive on the field and they are nice guys off it. People want to see a bit of fire in Test match cricket,” said Johnson.

Johnson knows he will be facing the hostile English crowd in days to come but he is up for it and hopes the home supporters will stay clean off the pitch. There’s been a lot of hullabaloo going on about the issue of sledging in the upcoming Ashes but the left-arm pacer, who thinks this might be his last Ashes series, feels that sledging is a “part of the game.” 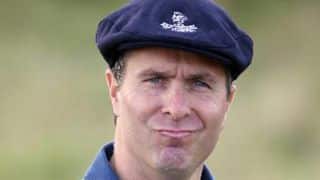 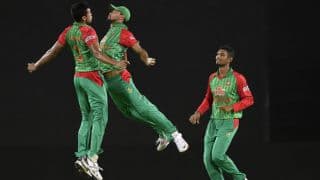