Dhoni was fined under section122/179 of MVI act in the evening.

Mahendra Singh Dhoni found himself on the wrong side of the law on Tuesday when he when he was riding a motorbike in his hometown Ranchi which was not in conformity with the rules.

Dhoni was docked a fine of Rs 500 when his Bullet BSA Gold Star DBD 34 (MHP-6518), which he rode on the city streets on Monday, violated Motor Vehicle Act guidelines pertaining to display and use of number plate. Dhoni was fined under section122/179 of MVI act in the evening. Dhoni’s family paid the fine and said he violated the rules due to ignorance, according to a report in Times of India. 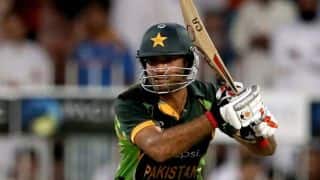 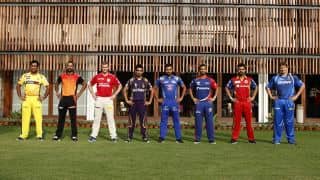