The Indian captain, who trained with the team on Sunday, hasn't fully recovered from his thumb injury.

Not having fully recovered from his thumb injury, Indian skipper MS Dhoni is set to miss the first Test against Australia in Adelaide starting Tuesday.

As reported by Cricket Australia’s official website, India’s vice-captain Virat Kohli confirmed on Monday, “Yes, I will be leading tomorrow.”

“Dhoni batted and bowled at India’s practice sessions on Sunday and didn’t seem to be ready to keep wickets. Kohli added, “We expect (Dhoni) to be 100 per cent fit in the next few days … we want him to be 100 per cent before he plays a game.”

The Adelaide Test will be Kohli’s first Test as Indian captain and he backed his fast bowlers to do well.

“This one of the best bowling attacks we’ve had in a while. [We have] guys who are bowling with pace and they’re fit.”

Kohli confidently dismissed the concerns when asked about Mitchell Johnson, who was a menace in the last Ashes in 2013-14, claiming 37 wickets.

“We’re not giving it too much importance. There’s nothing very special about a particular individual or a few individuals,” said Kohli. 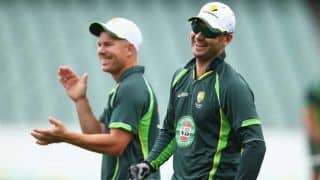 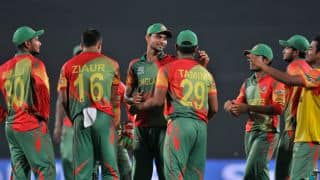