On Thursday, Supreme Court barred N Srinivasan from contesting the Board of Cricket Control (BCCI) elections till the time he is having 'commercial interest in cricket.'

The 2013 Indian Premier League (IPL) ended with Mumbai Indians (MI) clinching the title for the first time but it was just the start of the off-field troubles for the league.

On Thursday, Supreme Court barred N Srinivasan from contesting the Board of Cricket Control (BCCI) elections till the time he is having ‘commercial interest in cricket.’ In a 130-page order, the court has declared that Srinivasan’s son-in-law Gurunath Meiyappan and Raj Kundra of Rajasthan Royals (RR) were indeed involved in betting. The order said, Srinivasan was not guilty of cover-up and charges against him, at best, be regarded as suspicion.

According to sports.ndtv.com, the court struck down the controversial 6.2.4 clause which allows BCCI to own IPL teams have commercial interests. The court said, “BCCI must ensure institutional integrity in the conduct of game considering the expectations of millions of viewers. Rule 6.2.4 violates principle of natural justice.”

The court has set-up a three member team headed by former Chief Justice of India RM Lodha; the other members are Ashok Bhan and RV Ravindran. They will decide the fate of Chennai Super Kings (CSK) and Rajasthan Royals (RR) and recommend changes changes in the BCCI constitution. The special team has six months to do the report. Lodha said, “It is a huge task and a great responsibility. We will complete the task in the given time.”

The court has also ordered BCCI to held the elections within six weeks of Thursday’s order. The BCCI postponed its Annual General Meeting and elections twice. Srinivasan was seeking re-election with the backing of East Zone units. The court also added, Srinivasan can stand for elections if he disowns CSK.

The ‘conflict of interest’ case has been on since June 2013 when Aditya Verma, secretary of the Cricket Association of Bihar (CAB) raised charges during the inquiry of IPL corruption issue. When the case went to the Supreme Court, they appointed a three member team headed by former High Court judge Mukul Mudgal; the other members being solicitor general L Nageswara Rao and Nilay Dutta. 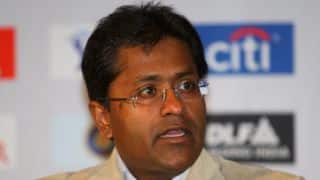