Lyon also hopes that Ishant keeps creating marks for him on the pitch for the entire series.

He credited a part of his success to his opponent team’s strike bowler Ishant Sharma, as Lyon believes that the Indian fast bowler’s running down the middle of the pitch while bowling to David Warner helped him. The foot marks created the roughs, which Lyon exploited later in the day.

In the press conference, the 27-year-old Lyon also added, “I’m looking forward to bowling more into those footmarks and hopefully he bowls there again and does it for the whole series.”

Lyon also went on to praise the Test wicket which had help for the spinners.

“It shows a good Test match wicket out there with the variations for spinners. But as we saw if their batters got in it was pretty hard to get out,” said Lyon. 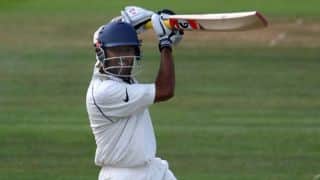