Almost 142 people died on December 16, when an Army school was attacked by seven members of the Tehrik-i-Taliban Pakistan (TTP).

New Zealand cricketers might have beaten Pakistan in the recently concluded One-Day International (ODI) series, but they have won the hearts of the people. Younis Khan revealed that the New Zealand cricketers donated their match-fee and kits to the some of the families affected in the Peshawar attack.

Almost 142 people died on December 16, when an Army school was attacked by seven members of the Tehrik-i-Taliban Pakistan (TTP). The Pakistan Cricket Board (PCB) wanted to postpone the fourth ODI but due to broadcaster’s commitment, the team went ahead with the match.

“New Zealand players and officials have handed over some donations and kit bags to me which will be delivered when I’ll go to Peshawar,” Younis was quoted as saying by Sport360.

“Kiwi skipper Kane Williamson has given all five ODIs match-fee while fast-bowler Adam Milne gave away his income of one match. Similarly their team manager has also donated for the families which have been affected in the attack. I’ll hand over those things personally and through Pakistan Army soon on my visit,” added Younis. 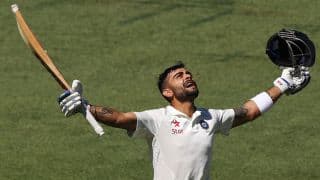