Virat Kohli also said that right from the start, India played to win the match.

Virat Kohli led India’s bold chase on Saturday but still couldn’t prevent India’s defeat at the Adelaide Oval. Kohli was let down by his partners, apart from Murali Vijay, as India lost the Test by 48 runs.

Kohli backed up his first innings 115, with another brilliant 141. Despite of the defeat Kohli hailed his boys for showing courage and trying to chase the big target. He said he had no regrets about the loss, and it was the best he has played.

Though not disappointed, the stand-in Indian captain was a bit hurt because India came too close to cross the line but couldn’t finish it. He also said that at no point did India play to save the match.

As reported by India Today, the 26 year old further added, “If at any stage that we had in mind that we might play for a draw, we would have lost by 150 runs, to be honest. So we went for it. That is what I am happy about.”

Dhoni is expected to return to the captaincy for the second Test in Brisbane starting Wednesday. 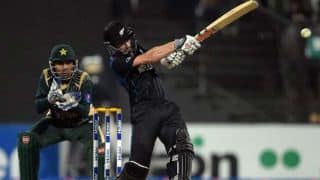