Now ‘iconic’ Eden Gardens to have a Lord’s like bell

Now ‘iconic’ Eden Gardens to have a Lord’s like bell

Over the years, it has become a matter of great honour to be invited to ring the Lord's bell on the morning of a Test match and Ganguly himself has had the privilege of doing it once in 2014.

There is a lot in common between the two iconic cricket grounds in the world Lord s Cricket Ground in England and the Eden Gardens in India. While Lord s is called the home of cricket or Mecca of cricket, Eden Gardens enjoys similar status in India. Both these stadiums have been a witness to many firsts in cricket. And now, Eden Gardens in Kolkata is all set for a new first in India, where apparently it has emulated the Lord s. ALSO READ: Pink ball clears the Indian test; makes successful debut at Eden Gardens.

The stadium is all set to get a bell like the one that hangs at the Lord s ground in London. This piece of information was revealed by the man himself; Cricket Association of Bengal (CAB) president Sourav Ganguly. Speaking to the media on Saturday, Ganguly disclosed the news saying, Yes, we are getting such a bell which will be installed at the Eden Gardens. Every morning it will be rung by a cricketer from either side or ex-players. The bell is being imported and should be in place by September. ALSO READ: Why bookies were scared to approach Sourav Ganguly.

The famous bell at Lord s is located outside the Bowlers Bar of the pavilion and is rung to signify the start of play. Over the years, it has become a matter of great honour to be invited to ring it on the morning of a Test match and Ganguly himself has had the privilege of doing it once in 2014.

Along with this news, Ganguly also shared information on a number of initiatives CAB is planning this season including creation of a Fan Zone where kids can play and spend time with their families starting from the India-New Zealand Test match in September, special tickets to the corporate for bringing them to the stadium, and free-tickets/tickets at 10 per cent of the total amount to School, University students to improve Test match attendance. 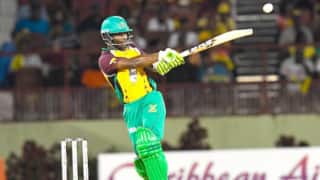