Kevin Pietersen may have personal problems with Graeme Swann and Alastair Cook but they seem to have the same opinion when it comes to Pakistan speedster Mohammad Amir.

Kevin Pietersen may have personal problems with Graeme Swann and Alastair Cook but they seem to have the same opinion when it comes to Pakistan speedster Mohammad Amir. One of England s all-time greats Pietersen has joined the bandwagon of players demanding life ban on match / spot-fixers by saying that there should be no second chances for players who indulge in the act. The statements from him and other English cricketers have been coming in thick and fast in the backdrop of Mohammad Amir s return to Test cricket in the first Test at Lord s which starts July 14.

Ironically, it was at the same venue six years ago when Amir was found guilty of spot-fixing along with then Pakistan captain Salman Butt and pacer Mohammad Asif. He faced the consequences as he was kept away from cricket for five years and was even jailed in England for a period of six months. But ever since he has landed in England with the team, the local media and players have been abuzz with stories on him and asking how he should not be allowed to play. ALSO READ: Alastair Cook’s cautionary message to Mohammad Amir

Pietersen, who was a part of English side, which played that 2010 Test where Amir deliberately bowled two no-balls, wrote in his column in English daily The Telegraph UK, “They have broken the rules, should pay the price and not be given a second chance. If you cheat the system either by taking drugs or money to under-perform then you are mugging the spectators, your teammates and a sport that has been around a lot longer than you .

He further wrote, “People always deserve a second chance in life but sport is different. We are paid to play a sport we love and are damn lucky to lead the life of a professional cricketer. To try and gain an advantage by taking drugs or devaluing your sport by being bribed is breaking the 11th and 12th commandments. There can be no way back . READ MORE: Twitterati bash Graeme Swann for making unkind remarks about Mohammad Amir

Having written that, Pietersen also cautioned England players and fans against provoking Amir or dwelling on his past as it may backfire for them. “He is just as quick, and as competitive as ever. He is verbal. He lets you know he is bowling at you. He will cop a load of stick off the English fans but he will not take a step back. It is going to make great viewing, Pietersen wrote.

“With guys like him verbals from the crowd or a bit of sledging from the opposition spurs him on to do great things so the fans will not be doing England any favours by giving him some abuse. (Trevor Bayliss and Alastair Cook) will realise that riling him is not a good option. If you rile him and he takes three wickets in five balls then you look like a chump, so the England players will not be focused on Amir s past.”

Pietersen s comments come after his former teammates Graeme Swann, Stuart Broad and skipper Cook did not hide their emotions and made similar statements about Amir s return. Broad and Cook will be a part of the series that begins July 14. 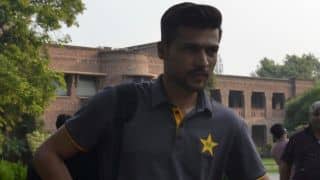 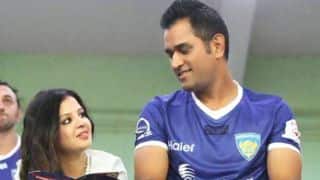