Pakistan’s World Cup 2015 squad has been asked to keep away from any conversation on topics such religion, politics or relationship with India. They have been advised to maintain strict decorum not only during their World Cup tie against India but throughout the event.

A senior official was quoted as saying by PTI, “Shaharyar made it clear that the players must not speak on religious, political or Indo-Pak relations during interactions with the media and also avoid these issues even in banter on the field.”

Last year, controversy sparked when Pakistan’s Ahmed Shehzad was seen giving religious advices to Sri Lanka’s Tillakaratne Dilshan, at the end of an One-Day International (ODI), when both the teams were returning back to their dressing rooms.

“The PCB chief said that before the match with India even during media conferences or interactions if anyone put questions relating to religion or Indo-Pak political ties the players must decline to answer,” he added. 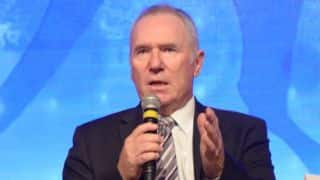