A rare photograph of MS Dhoni with his father, Pan Singh. Dhoni has credited his father’s discipline for shaping his life. Dhoni had revealed in an interview to All Out magazine, “When I was young, I was closer to my mother. But when I was in Class 12, the reason for my father’s reference to discipline became clear to me.” 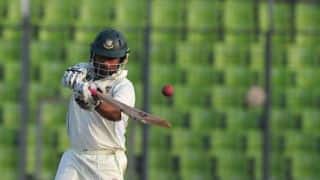