Speaking on the ongoing IPL, the former Indian all-rounder said, “Let me put it this way: The hierarchy will remain Kolkata Knight Riders, Chennai Super Kings, and Mumbai Indians, though Kings XI Punjab made the final last year This time, however, the spread of talent in the IPL is pretty even and, so, you can’t say that one team is actually stronger on paper. I expect this to be a tight edition. The franchises have been smart with their buys and most have built on the gains of IPL 2014.”

On asked about his role as the Indian team director, Shastri added, “For me, it’s one step at a time I should meet the Board officials soon and give them my report. After that, let’s see. Right now, I’ve got work to do as a commentator. It’s my comeback in that role.” 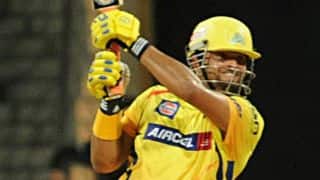