Hogg took a match best four for 29 on Thursday night against Chennai Super Kings (CSK) and his KKR teammate Robin Uthappa hailed him for being so fit.

In modern day cricket, shortest format of cricket offer a base for the youngsters to breed in. But, the evergreen the 44-year old Brad Hogg, who became the oldest player to grace Indian Premier League (IPL) in the eighth edition for defending champions Kolkata Knight Riders (KKR), has proved this concept wrong.

Hogg took a match best four for 29 on Thursday night against Chennai Super Kings (CSK) and his KKR teammate Robin Uthappa hailed him for being so fit.

“Some of us find it difficult to keep up with him. He is lot of fun on the field and keeps everyone in splits; he keeps fooling around and is definitely the prankster of the team. But when it comes to bowling, he is extremely effective, brings in lots of experience and positivity,” Uthappa said in a report from IANS.

“It’s good to have him when we miss someone like Sunil Narine but if we have both of them together, we will have the lead bowling attack. Age is just a number, I see Hogg more energetic than a 20-year-old. He is one of the fittest guys in our team, hitting the gym almost every day despite the hectic travelling and schedule,” he added.

The never ageing Hogg has made a superb impact for KKR and has filled the void created by mystery spinner Narine.

Even CSK head coach Stephen Fleming couldn’t stop himself from lauding the colourful Hogg and said,” Coming from the cold somewhat, he has delivered two great performances. Excellent performance, he turned the game back in Kolkata’s favour when it was frisking away from them.”

“His wickets of McCullum and du Plesis were certainly two major blows and that over proved to be crucial. He was certainly the main player for and deserves applause,” the New Zealander added.

With Narine losing his Midas touch after a re-modelled action, the veteran Australian has stepped up by delivering goods and it looks as if he is becoming the trump card for KKR. 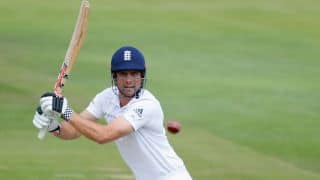 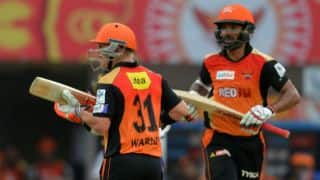