Imran played cricket when Gavaskar was at his best and feels the latter confronted better bowling attack than Tendulkar.

Master Blaster Sachin Tendulkar is considered as the demi-god of cricket for his tremendous contribution and mammoth records in international cricket. Pakistan’s World Cup winning captain Imran Khan feels that Sunil Gavaskar was the best batsman and he always rates him above everyone.

Gavaskar too is a legend of the game and inarguably one of the best to have played the gentlemen’s game of cricket. Imran played cricket when Gavaskar was at his best and feels the latter confronted better bowling attack. Though he is not underestimating Tendulkar or taking away any credit from the genius but has placed his opinion on the both.

In a report from PTI, Imran asked to draw a comparison between Tendulkar and Gavaskar at ‘Agenda Aajtak’ and said, “Sachin never played an innings like Gavaskar did. Look, Gavaskar faced a West Indies attack that had four world class fast bowlers. His record does not tell his actual contribution. I always felt sorry for him when he, alone, used to face a range of fast bowlers when there were none in his own country before Kapil Dev arrived on the scene.”

Imran further added saying, “”Sunny played in an era when Dennis Lillee, arguably the best fast bowler, played. Zaheer’s (Abbas) timing was impeccable. Majid (Khan) was also the best at his peak and then there was Javed (Miandad). But I do not want to undermine Sachin’s achievements and believe comparing players from different eras is not fair.”

Imran Khan also spoke about Abdul Qadir and feels he was a bit better tha Shane Warne and Anil Kumble. He also praised MS Dhoni for his wicket keeping skills along with Javed Miandad and Kapil Dev. 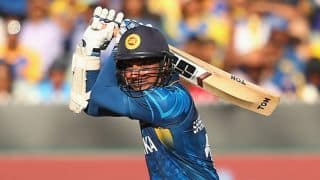