Harbhajan Singh recently made a claim on TV that former Pakistani speedster Shoaib Akhtar had once bashed up him and Yuvraj Singh.

The borders may be tensed and the intensity might be at its peak but off the field, Indian and Pakistani cricketers get along very well. Harbhajan Singh recently made a claim on TV that former Pakistani speedster Shoaib Akhtar had once bashed up him and Yuvraj Singh. The Rawalpindi Express, however, laughed off the claims by Indian off-spinner. ALSO READ: When Shoaib Akhtar bashed Yuvraj and Harbhajan inside a hotel room

I think he has made a big deal of it. Yes it did happen during 2004 when we were playing a Test in Rawalpindi. But it was nothing serious and all fun, Akhtar clarified in a report from PTI.

Opening up on the incident, Akhtar, who claimed that both Harbhajan and Yuvraj are like his younger brothers, added, Basically we were horsing around and doing some arm wrestling and that is all but no Bhajji and Yuvi are my younger brothers no question of beating them up. READ MORE: Shoaib Akhtar: 14 interesting facts about the maverick who terrorised batsmen, teammates, and administrators

Akhtar threw light upon the relationship between the Indian and Pakistani players off the field.

They got along well with me and used to come to my room and have dinner together. Yuvi wanted to go for sightseeing in Islamabad. We have been good friends so how can I beat them, he said.

However, the skipper during that tour, Inzamam-ul-Haq confirmed that the incident had indeed taken place. Known for his witty sense of humour, the former Pakistan skipper joked, But Shoaib was always very muscular and strong and even hugging him or shaking hands with him could be painful for other players.”

It is all in the good spirits and we hope that fans from both sides of the borders get to see their sides playing each other more often. 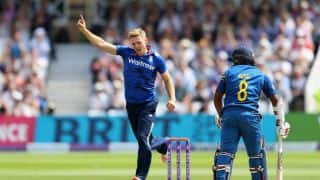