The appointment of Anil Kumble as India s head coach created a lot of fuss and certainly disappointed Ravi Shastri as he was the toughest contender for the job.

The appointment of Anil Kumble as India s head coach created a lot of fuss and certainly disappointed Ravi Shastri as he was the toughest contender for the job. It is said that he was the first preference as head coach by India s Test captain Virat Kohli but the selection for this role was in the hands of Advisory committee of Board of Control for Cricket in India (BCCI). The members of this committee hails of Sourav Ganguly, VVS Laxman, Sachin Tendulkar and Sanjay Jagdale and they selected Kumble for this job. Also Read: Sourav Ganguly wasn t there when I was interviewed, says Ravi Shastri

A day after the news of India s new head coach came out, Shastri was very upset as he said, Yes [I feel disappointed], for the work put in, and results produced in the last 18 months. But if it (tenure) was for only one year then, not really. It is time to move on and do what you do best. I must say I had the ultimate experience with a young and happening side.

It didn t stop there, Shastri also revealed that Ganguly was not present when he was being interviewed and added, Well, actually he wasn t there.

As reported by Indian Express, when Ganguly was asked on Shastri s verdict of him not being present at the time of interview, the former Indian captain ignored it by saying, The (coach selection) interview is absolutely confidential. I don t want to talk about Shastri s comment. You should also ask the other members of the (cricket) advisory committee. Also Read: Why Rahul Dravid did not become the head coach of Team India

Going by the reports, Shastri s interview was conducted between 5 and 6 pm IST at Taj Bengal on June 21, when Ganguly had left for Eden Gardens to attend the Cricket Association of Bengal working committee meeting and rejoined the process around 6:30 in the evening. 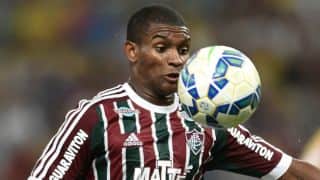