Ganguly said it's unfair to compare the leadership skills of Dhoni and Kohli.

Former Indian captain Sourav Ganguly said he was impressed with Virat Kohli’s captaincy so far. Kohli led India in the first Test at Adelaide as MS Dhoni missed out due to an injury. Kohli again led the team in Sydney after Dhoni announced his retirement from the format after the Boxing Day Test.

Ganguly also said it’s unfair to compare the leadership skills of Dhoni and the newly appointed Test captain Kohli, whom he believed will only get better with experience.

As reported by Cricketcountry.com, Ganguly said, “There will be a strong urge compare Kohli and Dhoni. I don’t think the two can be compared and it would be unfair to do so as well.”

“Kohli has got the job now and it is his for the near foreseeable future. He has got all the attributes for leadership and I think he will do well because he is aggressive and wants to win all the time. He will lead with passion and it will show on the field. And he will get better with experience and grow into this role.”

Ganguly, who led India in 49 Tests, believes throughout the Test series India faced a serious challenge because of their inconsistent bowling.

“Length and line bowling is a basic at this international level and is very important. Look at what Josh Hazlewood did on the fifth day. He bowled 8 overs for just 3 runs. He kept bowling one line and length and that’s just basic bowling,” said Ganguly.

“Indian bowlers simply have to find a way to do it. The talent is there. They are consistently bowling at 140-plus and you cannot be ordinary bowlers if you keep bowling at that speed. But discipline in Test cricket is always important and a key factor. Hopefully someone will be around to tell them that and they will learn it from this tour,” he added.

Ganguly also was not impressed with way Ravichandran Ashwin performed with the ball, he feels that someone with his experience shouldn’t experiment more and bowl more “outside the off stump.” 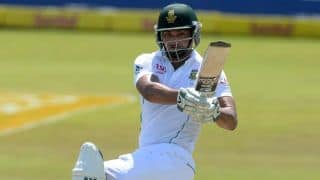