It was a silver jubilee occasion for Bengal cricket Ranji Trophy victory, where Ganguly was addressing during a felicitation and brought back some old memories of that period.

Former Indian skipper Sourav Ganguly has tasted several glories throughout his eventful career with Team India. One of the greatest batsmen of his times, Ganguly has scored runs all over the world and as a captain enjoyed tremendous success but speaking about the best moment of his life, he chose his Ranji Trophy debut in the final of 1989-90, as the one.

It was a silver jubilee occasion for Bengal cricket Ranji Trophy victory, where Ganguly was addressing during a felicitation and brought back some old memories of that period.

“At 17-18 years, making a Ranji Trophy debut that too in the final… It was probably the best moment of my life. The whole thing of winning the Ranji Trophy was very very special,” said Ganguly in a report from Press Trust of India (PTI).

Ganguly further stated that he was too nervous and tensed before getting out by Manoj Prabhakar at 22, which included five boundaries.

“Honestly, the first two balls hit the bat before I could realise and react. Then I gathered myself overcoming the nervousness. I played a few shots just after seeing the ball,” he added.

The legendary left-hander also recalled his debut memories and said, he hopes that it doesn’t take Bengal another 25 years to win a Ranji Trophy.

“For a young player to see his team emerge as the country’s best in his very first match. The mindset automatically changes and you tend to improve in a better way after getting into a winning side straightway. It was a winning team when I came and it definitely helped me in my game. I just hope it does not take another 25 years to win another Ranji Trophy title,” he added.

The player turned commentator admitted that he was excited to play with big names like Ashok Malhotra, Arun Lal, Utpal Chatterjee and his brother Snehasish.

“It was my first opportunity to play with many renowned players whom I’d seen from the sidelines until then. The likes of Ashok Malhotra, Arun Lal, Utpal Chatterjee and my elder brother Snehasish… I used to see their practice from behind. I came to know about it on the eve of the match from our skipper Sambaran Banerjee, whom I still consider my captain. That excitement. It’s very hard to explain what happened afterwards. It was like a fairy tale,” said the 42-year old. 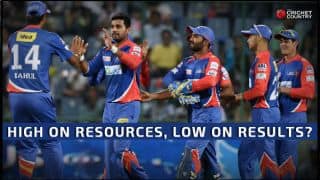 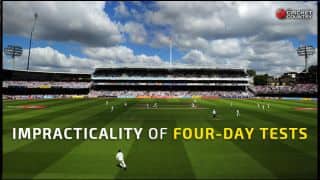