The former Indian captain, who is all set to be the President of Cricket Association of Bengal (CAB), praised Indian Test skipper Virat Kohli

Sourav Ganguly is considered to be one of the greatest Indian captains. Known for his ‘attitude and aggression’, it was under Ganguly’s leadership that India saw greater heights in international cricket. He set the trend, which the likes of Rahul Dravid and Mahendra Singh Dhoni followed.

Now the former Indian captain, who is all set to be the President of Cricket Association of Bengal (CAB), praised Indian Test skipper Virat Kohli and said that he wants the latter to do better than him for India. In a report from ANI, Ganguly once again lavished praise for Kohli and said, “I am a big fan of Virat Kohli. He is a captain who always wants to win matches on the field and I love that passion in him. I love the attitude and aggression in Kohli. He might lose sometimes and win sometimes but you know that he is playing to win it.”

‘Dada’, as Ganguly is fondly referred to, wants Kohli to outshine him as a captain and mentioned that the away tours will test his leadership.

“It is also a proud moment for all to see him lead a side with such passion. I want Kohli to do better than me as a skipper. But his main challenge will be when India will tour abroad. Australia, England, South Africa will test his captaincy,” Ganguly added.

For now Kohli will look forward to stand as deputy to Dhoni, as the South Africa tour gets underway on October 2 at Dharamsala. 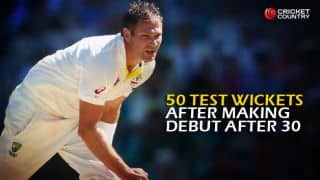