The final is on Saturday at DY Patil Stadium in Navi Mumbai.

The Kolkata-based football team beat FC Goa in a penalty shoot-out in the second leg of their semi-final played at Goa. The Goa team is co-owned by Indian cricket team vice-captain Virat Kohli. The final result of the match was 4-2.

On Tuesday, Tendulkar’s Kerala Blasters advanced through ISL final by beating the MS Dhoni co-owned Chennaiyin FC. The first leg between the teams ended with Kerala winning 3-0, but in the second leg, the Chennai based team came back strong to finish 3-0 after full time. With both teams at same aggregate, the match went to extra time when Kerala scored in the 117th minute to seal a final berth.

The sides have met twice in the league matches, with Kerala winning once and the first game ending in a draw. Saturday’s final will be a much anticipated clash between the teams, which are respectively co-owned by two Indian cricket legends, and the winner will the first champion of ISL. 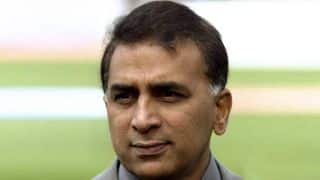 Sunil Gavaskar: I am not linked to BCCI administration