Steve Smith to lead Australia in next ODI against England

Cricket Australia announced Steve Smith as the captain of Australia’s One-Day International (ODI) team for Friday’s match against England, as the regular captain George Bailey was suspended for one ODI for maintaining slow over rate against India on Sunday.

Shaun Marsh and Cameron White will join the Australian squad in Hobart as David Warner, Josh Hazlewood and Mitchell Johnson all will miss the game on Friday.

Australia’s chairman of national selector, Marsh was all praise for Smith. “It is unfortunate for George Bailey that he will miss the match in his home state but in Steven we have a dynamic player who leads from the front, by example, and we look forward to him doing so again on Friday,” said Marsh.

Marsh also feels that it was clear to appoint Steve Smith as the skipper of the side for the next match, as he has showed his excellence as a batsman and captain during the recently concluded Border-Gavaskar Test series. 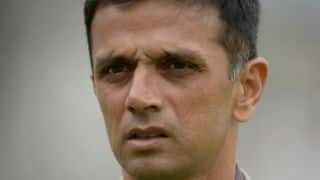