In the writ filed on Monday with the Victorian Supreme Court, former Australian Test cricketer Stuart MacGill is reportedly suing Cricket Australia (CA) for more than A$2.6 million. According to MacGill, CA failed to pay the leg-spinner more than A$1.6 million as match payments and prize money. Further to that, he is also claiming more than A$984,000 in interest plus costs.

As reported by Espncricinfo, MacGill claims that CA had failed to pay him the injury payments over a two-year period from May 2008. MacGill retired from Test cricket midway through the 2008 tour of West Indies. He claims that CA offered him a one-year contract for the year 2008-09.

The writ says that MacGill consulted the CA team manager and captain about knee and shoulder injuries in May 2008. It adds, “The team medical officer was not available to be consulted by MacGill or notified during the Test match as he was not in attendance due to his own personal illness.”

MacGill claims that he was advised to return home, but CA did not pay what was owed to him under his contract. 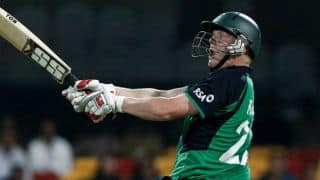