It is not new for the cricketing world to see West Indies players dancing gigs on the field and off the field. The ‘Big Jamaican’ Chris Gayle is a party animal and is famous for his ‘Gangnam dance’, he and his team-mates did during West Indies’ triumph in the Twenty20 (T20) World cup against Sri Lanka in 2012.

However, this time it is not Chris Gayle who is seen dancing. Instead, he chose to remain behind the scene and shoot his compatriot Sulieman Benn’s ‘Syvah’ dance as he terms it as. Benn’s dancing is unusual and midway is being joined by the birthday boy Richard Berridge, who is the video analyst of the national team.

Gayle posted the video on his Instagram account and also wished Richard Berridge on his birthday. The Windies demolisher was joined by his Royal Challenger Bangalore’s (RCB) team-mate AB de Villiers in the birthday bash. Gayle uploaded the photo of de Villiers and Berridge before uploading Benn’s attempt in dancing.

The two players currently are playing against each other in the on-going One-Day International (ODI) series. From here they will head to Australia and New Zealand for the cricket World Cup before heading to India for the eight edition of the Indian Premier League (IPL). 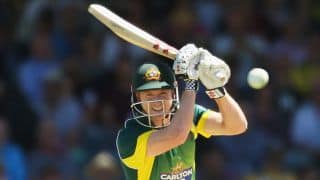