Twitterati took this as an opportunity to bash West Indies on their miserable outing here at Hobart.

After losing the Frank Worrell Trophy in the Caribbean islands earlier this year, West Indies had their hopes pinned on the series Down Under but it wasn’t to be as they have lost the first Test of the three-match series. The visitors suffered a dramatic defeat at Hobart as Australia won the Test by an innings and 212 runs.

West Indies have failed to put up a fight and earlier they also lost their only Tour match at Brisbane. Batting first, Australia posted a mammoth 583 runs on the board in their first innings which ultimately turned out to be more than enough to restrict West Indies. The visitors only managed 223 runs as wickets fell like nine pins and they were forced to follow-on. Barring Darren Bravo’s century West Indian fans didn’t witness any moment of glory in their entire innings.

In their second innings too, they had a mountain to climb against the pumped Australian attack. Kraigg Brathwaite stuck to his guns but didn’t get enough support from the other end as a result of which they were dismantled for a mere 148. Australia once again registered a fine victory and Twitterati took this as an opportunity to bash West Indies on their miserable outing here at Hobart. We present you with pick of the tweets.

So if West Indies are playing test….it surely will be a 3 day match…… irrespective of pitch condition and other factors. #AUSvWI Devraj (@RDevraj_11) December 12, 2015

West Indies looking to replace Shannon Gabriel with this bowler in attempt to add venom of their attack #AusvWI pic.twitter.com/uOODcPMnxW

#AUSvWI Waiting to see the papers tomorrow. I have a feeling there might be an obituary for West Indies cricket 1928-2015 Ian Gorton (@IanGorton) December 12, 2015

Aussies annihilate woeful West Indies: IT took just two and a half days for Australia to thrash West Indies by more than an innings, …

Happy for the Aussies to win emphatically, but saddened to watch how far the West Indies have fallen, world cricket needs a strong WI team !

I wonder if the West Indies can call up Stafanie Taylor for the Second Test? Rick Eyre on cricket (@rickeyrecricket) December 12, 2015

Even as teams evolve and grow into better outfits , West Indies is one side which has always promised but hardly performed . #AUSvWI

Australia there could’ve given one more follow-on and yet West Indies would’ve lost by an innings. #AUSvWI

Great win for Oz team @CAComms Pattinson stepping up to the plate with Johnson gone! Lazy West Indies team need some fire in their bellies

@BrianLara @ need of the hour is more unity , where is the west Indies magic since 10-15 years.HIGHLIGHTS of yester years is Dream still gs ramesh (@gsramesh29) December 12, 2015

Named and shamed: The worst Windies player ratings: THE doomsayers were proven right as the West Indies crashe… https://t.co/LIVdavtA1Z 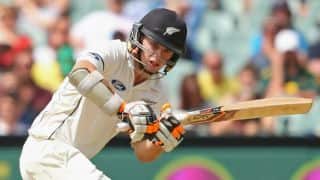