During the third One-Day International (ODI) match between New Zealand and Pakistan at Eden Park, an erratic decision by umpire Billy Bowden probably cost the match for the visiting team. Though he is famous for his unique style while umpiring but on Sunday fans on social went berserk on him for his erroneous judgement.

On the fourth delivery of 39th over which was bowled by Rahat Ali to Corey Anderson there was a huge appeal as a big nick was heard which was safely caught behind the wicket by Sarfaraz Ahmed. But Bowden straight away denied and Pakistan couldn’t take another review as they had already used their quota. Even the snicko showed a big edge later. Just after that ball, Anderson hit two back to back sixes and brought New Zealand back into the game. Prior to that ball, they required to score 38 from 27 with only five wickets in hand and after that over, they needed only 26 from 24 balls, which was quite gettable.

After this poor decision, fans on Twitter expressed their disappointment and started mocking umpire Bowden. Later, New Zealand won the game convincingly in the final over of the match by three wickets with two balls remaining. We bring you the best of the tweets from social.

Not only does he have defective fingers he is also partially deaf…Billy Bowden #PakvsNZ pic.twitter.com/ZT9wrmrbJQ

NZ played well but they should thank to Billy Bowden #PakvsNZ

Pakistan lost 7 wickets for 75 runs. Couldn’t even bat 50 overs. But no it is Billy Bowden who has cost Pakistan a match. #NZvsPak Mazher Arshad (@MazherArshad) January 31, 2016

Dear Ufone, next time please use Umpire Billy Bowden in your ad. He also has hearing issues. #PakvNZ #NZvPak pic.twitter.com/l29v5spGng 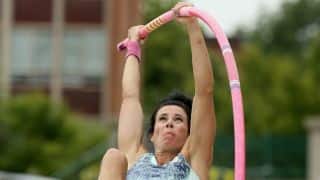