Former Indian cricketer and ex-BJP leader Navjot Singh Sidhu on Monday opened up on why he left Rajya Sabha.

Former Indian cricketer and ex-BJP leader Navjot Singh Sidhu on Monday opened up on why he left Rajya Sabha. He said that he was asked to stay far away from Punjab. The state will go to polls next year. Almost after a week, Sidhu spoke abut the whole issue to the reporters in Delhi. He said, “I was asked to stay away from Punjab. How can I quit my roots? The first time can be a mistake. But this is the fourth time it is happening…it was hard to take in.”

“When the going gets tough, it is Sidhu Sidhu…but now they say don’t look at Punjab….Have I done anything wrong? At least tell me my crime? Should I stay away to serve the personal interests of some people?” added Sidhu.

There are rumours that Sidhu might even embrace AAP and join hands with Arvind Kejriwal. The news has created a stir on social media and Twitter is filled with tweets on this issue. Take a look at what people have to say on Sidhu’s verdict here:

Somebody asks if Navjot Sidhu’s press conference was practice session for a switch hit? I dont know. Do you?

So Navjot Sidhu was drowning in Modi wave over the years, now to clutch at a straw, he reportedly needs Kejriwal. Confounded idiot. Debarati Majumder (@debarati_m) July 25, 2016

Two years later Navjot Sidhu realises that he is drowned and needs to surface out -Never seen such a “Tube light”!! #AAPNot4Punjab

If you compare RahulGandhi & Navjot Sidhu action in Parliament…u might get a real comedy show… Laugh till u cry types..

How many of you think Navjot Sidhu @sherryontopp hasn’t still shut all the doors on BJP – a top faction may have been with him throughout! Vikrant Gupta (@vikrantgupta73) July 25, 2016

Navjot Sidhu following his wife’s advise and doing all nonsense in politics. He became joker so may join AAP soon!

After seeing his personal choice to stay out of Punjab, BJP rightly asked him to stay away. What is wrong? Navjot Sidhu Divya Bhatia (@divya_bhatia07) July 25, 2016

He wanted that BJP should expel him so that he can paint an image of himself with his jugglery of words as if he is a martyr. Navjot Sidhu Divya Bhatia (@divya_bhatia07) July 25, 2016

Dear Navjot Sidhu you said once party is like a mother and this is what you get when you trying to deceive your mother now repent! (@vastalitech) July 25, 2016

When Modi wave came it drowned everyone, including Navjot Sidhu so true & now swallowed so many poors with high inflation &service tax hikes

@Sanjay10172 Navjot Sidhu can now share some cans of beer and other drinks with his mate Bhagwant Mann. Fooling people yet again. Udit Kanoi (@uditkanoi17) July 25, 2016

RT KejriLies: Two years later Navjot Sidhu realises that he is drowned and needs to surface out -Never seen such a “Tube light”!! #AAPNot4P 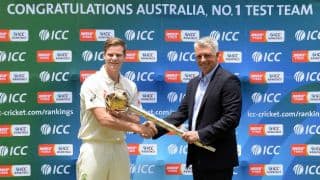