Aaron will join the side back on December 31.

India pacer Varun Aaron will return to India following his grandfather’s demise and will rejoin the side in Australia on December 31.

Aaron played the first two Tests of the series against Australia at Adelaide and Brisbane. However, he was mostly ineffective. He has picked up five wickets from the two Tests with a miserable average of 72.40, and has also been very expensive. His economy rate has been 5.64.

The 25-year-old is not playing the current Test in Melbourne, where Australia won toss and elected to bat.

Chris Rogers and Shane Watson shone with the bat on day one, as both the batsmen scored fifties. However, in the second session of the first day, India fought back, as they removed Rogers and Watson. The third session of the day, however, was shared by the two teams. Australia ended Day One at 259 for the loss of five wickets. Steve Smith was unbeaten on 72 with Brad Haddin on 23. 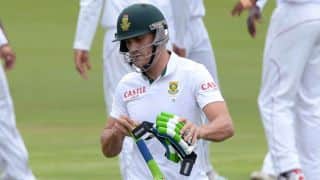 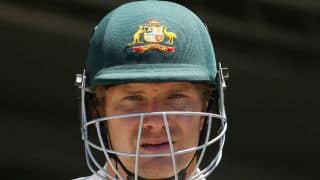