Team India paid a fitting tribute to the legend and gave him a guard of honour.

Post lunch on the second day of the second Test at the P Sara Oval in Colombo, Sri Lanka lost their first wicket at the score of one. Came in to bat Kumar Sangakkara, in his last Test. The Sri Lankan legend is considered to be one of the greatest batsmen of all time.

Team India paid a fitting tribute to the legend and gave him a guard of honour. There were celebrations seen at the venue and it was emotional.

There is a possibility that Sangakkara will bat again in the second innings but if he gets a big score and Sri Lanka push for an innings defeat, then this very innings will be his last one in international cricket. 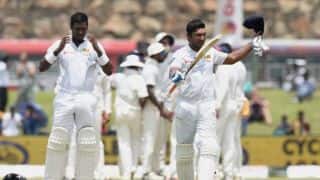 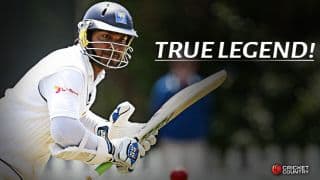 Kumar Sangakkara — one of the very best ever