Recently, there was a buzz that Virat Kohli and Anushka Sharma were at Dehradun for their engagement.

Another calendar comes off the wall and here’s a start to another eventful cricketing year. Cricketers across the globe bought the New Year s Eve with their near and dear ones. Some were away while some partied at home. One of them was our very own Indian Test captain Virat Kohli who is spending a hush-hush time with his alleged girlfriend Anushka Sharma at the beautiful state of Uttarakhand. Kohli sent a special New Year video message to his friends and fans over social media on Sunday afternoon. He mentioned May all your dreams come true and may you get what you aspire. He specifically added, Be a good person, do good things and try and help as many people you can.

Recently, there was a buzz that Kohli and Anushka were at Dehradun for their engagement. The reports were gained more spotlight when Bollywood celebrities like Amitabh Bachchan and Ambanis arrived at the Dehradun airport. However, the Virushka fans were disappointed once again when Kohli himself took to Twitter and cleared the air. He also mentioned that if at all the engagement does happen, Kohli will be happy to declare it to the world.

There were other cricketers like Sachin Tendulkar, Virender Sehwag, Shahid Afridi, Mustafizur Rahman, Mohammad Kaif, Ravichandran Ashwin were few who wished on the New Year through their social media accounts.

Meanwhile, The Indian team is enjoying some quality time off the field, as their limited-overs series against England will only begin mid-January. MS Dhoni will be leading the young guns this time and Kohli will be the deputy. 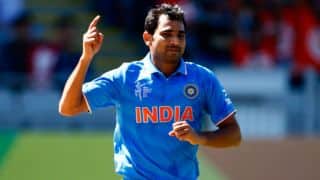 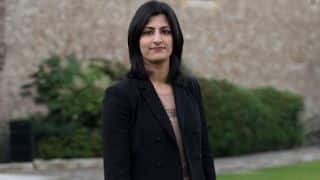