Harsha Bhogle talks about the most dangerous Virender Sehwag.

With increasing evidence that Virender Sehwag’s career may have come to a close, sadness is slowly creeping into the minds and hearts of his fans not just in India. Harsha Bhogle’s above words and the figures supports his argument unambiguously, and speaks volumes of Sehwag’s audacious and rare methodology.

“He [Sehwag] told us, too, that it was okay to hit in the air, to hit over the top and in doing so, he recalibrated risk for all of us. We were always told, from club cricketers to Test players, that hitting in the air was inviting another mode of dismissal. For years we accepted that as the gospel, like good boys we didn’t challenge it And so he has left behind a treasure of good cheer. Which among those was his best? 201 not out from only 329 against Sri Lanka when everyone else was playing on a minefield and he was on the highway? 319 against South Africa from only 304 balls while chasing 540? 309 at Multan? 254 at Lahore? That ridiculous 293 from 254 balls in Mumbai when he ended Day Two at 284 not out while still in the field at the start of play? Or was it that 83 from 68 balls with India chasing 387 to win a Test? Would anyone in the world hit 11 fours and four sixes against a target that had only so rarely been achieved in cricket history? Sehwag often talks about facing the ball, not the bowler or the situation. Surely it had to be that way that day!

Harsha echoed the voices of millions of Sehwag fans when he mentions, “I don’t know how much I am going to see of him… Maybe the eyes aren’t seeing the ball the same way, maybe the feet are heavier, maybe the bat isn’t as charged with freedom. Maybe there isn’t the same fear in the mind of the bowler running in. The runs are drying. You wonder if you are listening to the last bars of a lilting melody. You wonder if it is time to leave the theatre. I don’t know but if it is, it’s been an unforgettable ride.” 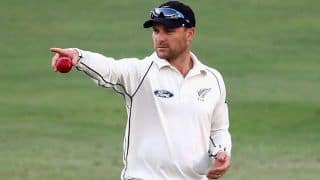 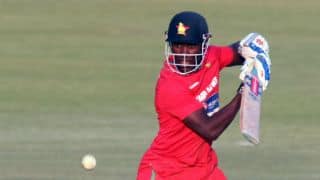