West Indian cricket legend Viv Richards, who is regarded as one of the greatest batsmen of all-time, has been a great admirer of Virat Kohli's batting and aggression.

West Indian cricket legend Viv Richards, who is regarded as one of the greatest batsmen of all-time, has been a great admirer of Virat Kohli’s batting and aggression. Richards sees nothing wrong in the Indian Test captain’s attitude, which has been criticised by many in the cricket cognoscenti in the recent times.

A report from PTI quoted Richards as saying, “I see nothing wrong in Virat’s attitude. He is very different from [MS] Dhoni. I believe if you are showing passion and aggression on the field, you should have the game quality to match that. Virat has the quality. He can give back as good as he gets. I like people who have stomach for a good fight and Virat is one of them.”

Richards feels that Kohli adds a lot of vibrancy to the game and with him there the future of Indian cricket looks bright. When asked about Kohli’s technique against the moving delivery and his recent slump in One-Day cricket, the 63-year-old Antiguan further added, “He is still a very young man. He is only 26. There is so much more to come from him. Whatever I have seen of Virat, he looks like a young man, who wants to improve his game. When you play international cricket, there will be a few problems here and there. But there are two things you need positive attitude and tenacity.”

Richards, who has tormented the best of bowlers in his playing days, is now associated with Caribbean Premier League (CPL) in his capacity of ‘Brand Ambassador’. It’s wonderful that Kohli has an admirer, who himself has been the best in the business. Indian fans around the world will hope that in times to come the 26-year-old Delhi dasher justifies Richard’s faith in him. 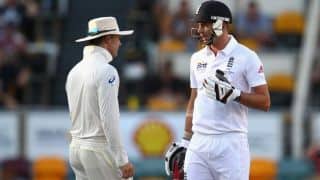 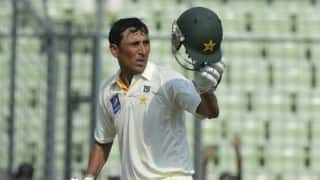