Indian star batsman Virat Kohli isn't known for his cool head. His approach towards the game is very aggressive, which makes him a very volatile cricketer.

Indian star batsman Virat Kohli isn’t known for his cool head. His approach towards the game is very aggressive, which makes him a very volatile cricketer. Though he is loved by the fans for his batting skills, he often is criticised a lot for losing his cool. But off the field, the hot-headed Kohli is drastically a different man and once again showed how humble he is.

The Instagram account of Indiateam shared a touching gesture by Kohli. The Royal Challengers Bangalore skipper is seen sharing a moment of joy with a 16-year old boy who’s suffering from cancer. The unfortunate boy wished to meet Kohli and his grandmother in no time went to Kohli’s hotel and told him about her grandson’s wish. Kohli in return not only fulfilled the old lady’s request but arranged for two VVIP tickets along with a chauffeur driven car to pick the teenager and his grand mom to watch Kohli and his team live in action at the stadium.

Kohli is customarily acknowledged for his aggression and intimidating behaviour but on this occasion he proved his harshest critics wrong. The picture itself speaks about Kohli. The life of a professional cricketer in India is tough with the glaring limelight and the hectic schedule, but the Indian Test skipper sneaked out time for the noble cause and rewarded his fan. He demonstrated humanity and nothing is more pleasing, if you become the reason for someone’s smile. With this gesture, Kohli has won many hearts and in turn more fans.

For those, who think that @Virat.Kohli is arrogant, immature, must read this. 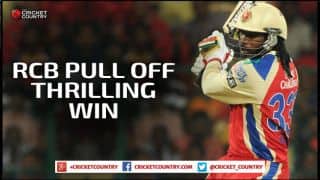