India’s win in the NatWest Trophy in 2002 has to be one of the best moments of Indian cricket. Chasing a total of 326, against a strong England side was unthinkable back then but India did the unexpected and pulled off the thrillers. Also Read: Yuvi-Kaif show guided India to the NatWest Trophy win

While Mohammad Kaif and Yuvraj Singh‘s sixth-wicket stand of 121 runs did the job for India, two other architects of the win were skipper Sourav Ganguly and Virender Sehwag. The duo put up a 106-run stand for the first wicket and that came in only 87 balls. Also Read: 16 interesting things to know about Mohammad Kaif

An ecstatic Kaif, who won the Man of the Match in that game for his game-changing 75-ball 87, recalled the famous win. While he hailed ‘partner in crime’ Yuvraj’s remarkable 63-ball 69, he also remembered Ganguly’s unforgettable celebration.

#NatWestFinal2002 Life Changing Moment… Those 90 minutes! Thank you @YUVSTRONG12 – my partner in crime! 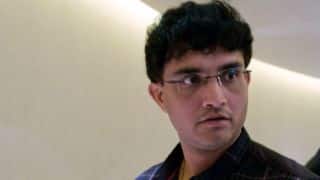 Why bookies were scared to approach Sourav Ganguly