As reported by PTI, the judges also chose two runners-up. Another Getty Images photographer Morne de Klerk from South Africa was the first runner-up for capturing a striking shot of Australia and South Africa’s players leaving the field at the end of day three of the Second Test at Port Elizabeth, in February 2014. Lewis, whose photo was declared the Photo of the Year, also was the second runner-up. His second image shows Nurul Hasan, of Bangladesh A, looking at his scattered stumps after being bowled by Dale Steyn during an ICC World Twenty20 warm-up match in Bangladesh, in March last year.

Lewis became the first photographer in the history of the competition to be both winner and a runner-up. The images of winner and two runners-up are featured in the colour section of the 2015 Wisden Cricketers’ Almanack. The 11 shortlisted photos will be displayed at Lord’s this season. 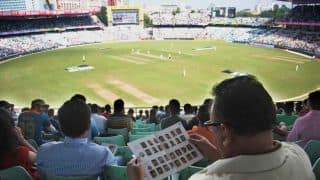 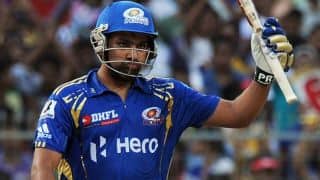