Pakistan batsman Younis Khan is likely to announce his retirement from One-Day International (ODI) after the ICC World Cup 2015. This will mean that after the tournament in Australia and New Zealand, Pakistan is set to lose three of their stars Misbah-ul-Haq, Shahid Afridi and Younis.

As reported by Cricketcountry, a source close to Younis said, “But he has already made up his mind that after the World Cup he will announce his retirement from one-day internationals to give the new and younger players a chance.”

“When the selectors dropped him for the one-dayers against Australia, he forced his way back into the ODI side but decided to put his announcement on hold. But he has mentally prepared himself to only play test cricket after the World Cup.”

A Pakistan Cricket Board (PCB) insider said, “If Younis also retires it means it will pave the way for head coach, Waqar Younis and the cricket board to build a new one-day team under a new captain for which Sohaib Maqsood and Asad Shafiq are front runners.”

Younis, 37, has played 96 Tests and 259 one-day internationals, but however the batsman has been far more successful in the longer format. While he averages 53.37 in Tests, his ODI average is just 31.75. He recently scored an ODI hundred against New Zealand after a gap of nearly six years. Younis’ form will be key to Pakistan’s chances in the World Cup. 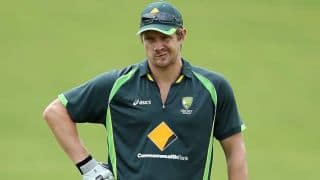 Shane Watson ruled out of Hobart ODI against Engalnd: Reports

The only cricketer to go down with the Titanic