Yuvraj Singh clarified the fuss between him and MS Dhoni.

Since Yuvraj Singh s return to the international cricket after a long battle with cancer he has not able to sculpt a regular spot in the international side. His father Yograj Singh, a former cricketer himself, has lashed out at MS Dhoni and holds him responsible for his son s exclusion from the side.

Yuvraj Singh recently opened up in a report from TOI and was quoted saying, I don’t have any control over what my father says. But I have never said Mahi (MS Dhoni) had thrown me out of the team. I want to make it very clear that we are very good friends and I have never had any problems with Mahi. He is a friend and will remain forever.”

Yograj on several occasions has taken out to the media and criticised Dhoni unleashing some harsh words. Yuvraj on this occasion has clarified the fuss and said that there is everything normal and smooth between him and Indian shorter format skipper.

Yuvraj also hinted about his plans ahead in the future and how he is looking to script a comeback in the international side with some good performances in the domestic circuit and added, “I am totally focused on doing well in the upcoming domestic onedayers so I can return to the national side soon.”

It s a great gesture from Yuvraj to clear the fog as every cricket fan and followers will now be happy to hear the relationship between them is just normal. Hopefully, Yuvraj and Dhoni can once again share the dressing room together and can been taking on the best bowlers as they famously did in their hey days. 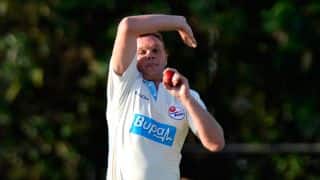