Virat Kohli's craving for oily food makes more of news than him scoring runs at plenty, as the latter has just been a routine and doesn't he make batting look like a cakewalk?

Yes, you have seen it right. That is Virat Kohli, and with rich food. Kohli’s craving for oily food makes more of news than him scoring runs at plenty, as the latter has just been a routine and doesn’t he make batting look like a cakewalk?

Kohli’s fitness regime is no news and it is a known fact that in a bid to be the fittest and best, Kohli has significantly cut down on his diet and is very particular about his fitness regime. Recently, India’s fitness coach Shanker Basu threw light on the latter part when he revealed that Kohli aims to be the “best athlete in the world.” ALSO READ: Virat Kohli sets sights on being the “best athlete in the world”

The 27-year-old Indian Test skipper is now enjoying a break while Team India are cruising in their Zimbabwean safari. It is break time and Kohli has surely earned the bites of the delicious looking kababs and other Mughali delicacies. Earlier this week, he was spotted receiving his girlfriend (guess, we can now call her that) Anushka from the Mumbai airport. READ MORE: Virat Kohli, Anushka Sharma spotted at Mumbai airport!

While Kohli is making most of this break, his regular updates of hitting the gym also reflect on the fact that the Indian skipper is all geared up for the hectic Test season that is coming up. Kohli’s next assignment will be India’s tour of West Indies next month and the run machine will look forward to continue his platinum run in the most pristine format as well. 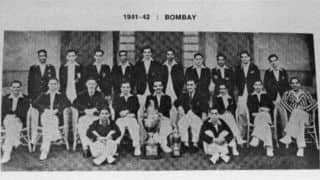 SM Kadri: First to score a century in each innings of a Ranji Trophy match 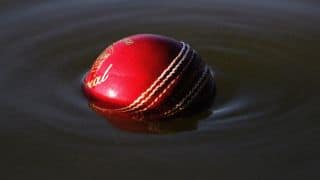